The store will not work correctly in the case when cookies are disabled.
Menu
Account
What Generator Do I Need for My Event Rental Company 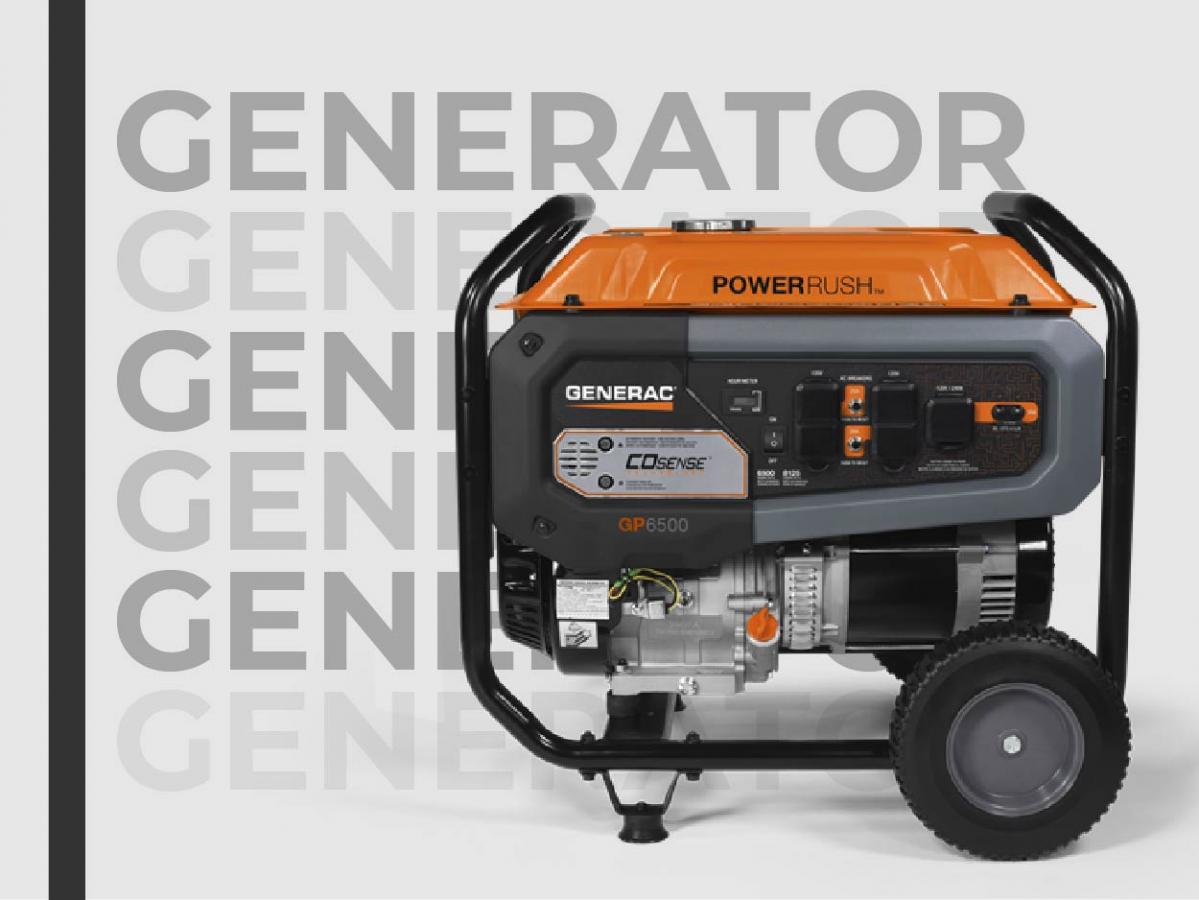 We’ve seen a lot of discussion in our event rental community about generators. Generators and inverters are two examples of equipment that provide power. You may have caught our recent Facebook Live where Mark chatted all about the difference between them and when it is best to use each one. So what do you need for your rental setups?

What size generator should I buy?

What size generator should I buy for my bounce house business? A 3500 watt generator is going to have a 6000 watt surge, and a 6500 watt will have a 8125 watt surge. How the surge is handled is the big difference between an inverter and a generator. When you turn the generator on and hear the motor slow down for a second before kicking back in, that’s where you want your surge watts. If you have a generator with a decent overhead valve engine, it’s going to run a lot quieter. Make sure the generator is kept at a decent distance and pointed away from inflatables. The muffler might get hot and could potentially melt the unit if too close.

A 3500 watt generator has an estimated 5200 watt surge. A 3500 watt with a twist lock NEMA plug will most likely still run two blowers. A 6500 watt should be able to handle four blowers. A 9000 watt, even though it’s larger, will still depend on the number of circuits.

With a full tank of gas, a 6500 watt generator will have a run time of approximately six to eight hours. This is usually enough for an event. Most recently released generators are considered storm generators. If just starting out, a 5000-7000 watt generator is a good starting point, especially if it has a 220v receptacle and a NEMA switch.

How is a generator set up?

Most generators between 3500 watts and 8000 watts are going to have duplex receptacles. Each will be on a separate 20 amp circuit. Just because a generator has four outlets doesn’t mean four blowers should be run off of it. There is nothing worse than setting up an event, overloading a generator, the circuit breaker goes, and the units are quickly deflating. Even with a reset breaker, the generator might not reset right away. A good rule of thumb, regardless of how many outlets, is one blower per circuit. Don’t turn all the blowers on at the same time. Get the event setup, lay out the inflatables, and run the extension cords. Start up the generator with all of the blowers off and individually turn on each blower. Let the unit inflate fully. Once that’s complete, the inflatable will have back pressure on the blower which will drop the pressure at that point. You can hear the generator even out a little bit, since the RPM’s will drop. Turn on the second blower, and repeat the process.

A good, higher amperage generator should have a 30 or 40 amp 220v twist-lock receptacle. When you add the cord, you end up with two 110v receptacles. Again, more plugs does not necessarily mean additional spots for blowers. Any sort of power distribution cord will have two color distinctions. For example the one in our Facebook live is separated by a white-striped cord and a solid black cord, each color being one circuit. This power distribution cord essentially takes a 6500 watt generator and effectively runs four 1.5 - 2 hp blowers off of it. Remember to not turn all the blowers on at the same time.

You don’t want to overload the generator. Rather, balance the power out of it. Make sure all four circuits are exercised. This helps guarantee a longer life out of the control boards, alternator, and generator itself.

Do I need an inverter generator?

Inverters are great for electronics. They are a digital product that converts AC to DC digitally as opposed to running an alternator, like you would have on a car or a traditional generator. An advantage to inverters is their low, minimal noise levels. They are still a gasoline product, so you don’t want to use can’t use them inside. However, the nice feature is that it’s clean power. An inverter is not going to surge like a traditional generator.

An inverter is the best option for anything that contains a circuit board or electronics, such as sound equipment, computers, or televisions. Sometimes  inverters will have an additional outlet for various electronics. Regardless, they are not designed to run a traditional bounce house blower or any sort of induction motor.

Remember, anytime you have something with an electric motor (think fridge, washer and dryer, or blower for inflatable) it’s an induction motor. When the motor starts up, even though the label will have set running amps, like 12 - 14, that is the consistent running amp. When initially turning on equipment, like a blower, that can surge above, even for a split second, before settling at the running amp. That’s why a circuit might blow and why rental professionals want to carefully choose what they’re using. What if my inverter is a 4000 watt? Yes, that could work a bit better, but the inverter might have two sets of 20 amp plugs. Each circuit is individual and cannot handle the full 4000 watts worth of surge. Again, we advise you to be careful using an inverter at an event. It’s great for electronics and small items, but it will not replace a standard generator.

We hope this blog was helpful. If you have any questions about using event generators, reach out to one of our sales representatives at 716-832-TENT(8368). They will be happy to help you find the best solution.